Posted on November 29, 2018 by recomcomputers 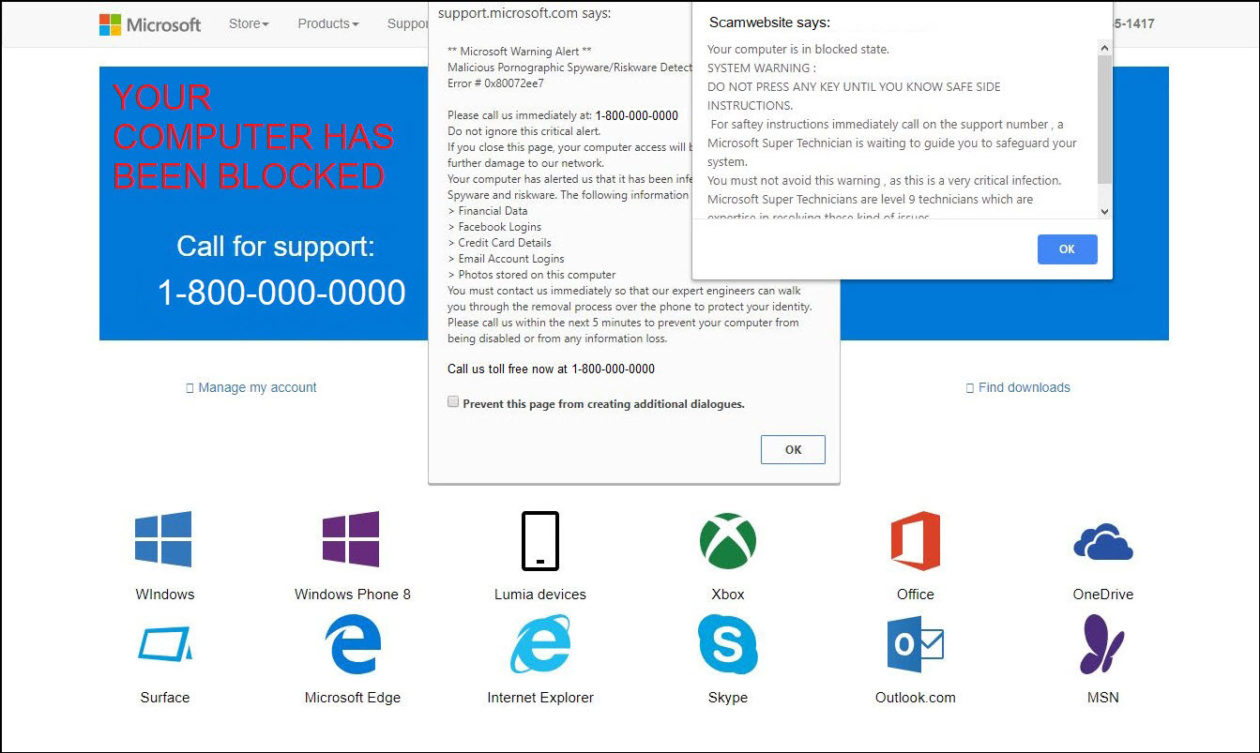 There may be very slightly fewer disturbing — and fake — virus infection pop-ups in your web browser or phone calls to your home and office.

Police from two New Delhi suburbs raided 16 so-called tech-support centers this week, arresting about three dozen people thought to be responsible for some of the scams. Working with Microsoft, the law enforcement agencies in India reportedly were able to pinpoint locations where call center workers pretended to be Microsoft employees, selling services to “fix” hacked or infected computers.

You’ve likely seen the scams: a pop-up appears in a browser window, telling you your system is infected by a virus or malware, and to call a number for support. It may sport a poached Microsoft logo. Or, a robocall with a similar message arrives on your mobile phone, and you simply have to press a number to be connected to “tech support.”

In all cases, there is no real problem — but you’re out hundreds of dollars if you take the bait.

The latest action, reports The New York Times, follows efforts by Microsoft and law enforcement that traced many of these operations to New Delhi, which is a global hub of the call-center industry. The raids Tuesday and Wednesday follow earlier raids in India last month on 10 call centers that led to 24 arrests.

Microsoft consumer surveys cited by the Times find that one-in-five recipients actually talk to the fake support centers, and 6 percent cough up cash to try and fix something that isn’t broken.

The fake tech support scams have a long history. “In 2010, Microsoft began receiving reports of scammers making phone calls or sending emails to people,” a spokesperson for Microsoft’s Digital Crimes Unit told GeekWire — five years ago. Even back then, the average loss from those who were taken was pegged at $875 by the company.