Another of thousands of reasons to NOT use third party Anti Virus on any computer.

Avast says it has fixed the problem that triggered Win10 April 2018 Update installation blue screens and dysfunctional ‘boot to another operating system’ options. 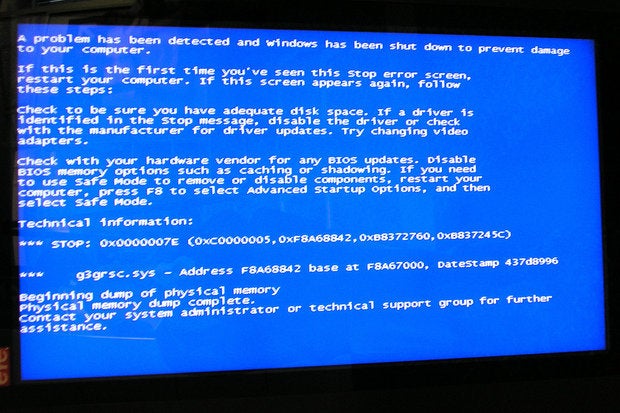 Looks as if we have a solution for the Avast-related blue screens in Win10 1803 upgrades that I talked about earlier this week. Avast heavyweight Ondrej Vlcek chose his words carefully but threw lots of shade at Microsoft for the upgrade installer’s bug.

In cooperation with Microsoft we have identified an element of the latest Windows 10 1803 update that is incompatible with the Avast Behavior Shield, causing the aforementioned update to fail in some instances (related to a timing issue, Internet connectivity issue, etc).

“Fail in some instances” is polite shorthand for the symptoms originally described quite accurately by gcdrm on Reddit:

Upon restarting, the computer boots to a blue screen asking the user to choose a keyboard language. After doing so, a few options are given, including to ‘boot from another operating system’. Clicking here will take the user to another blue screen with three options to continue “booting” to:

The lower two options are identical.

Running around to get ahead of the band, on May 23, “Microsoft Agent” Freddrick Pal posted on the Microsoft Answers forum:

During the upgrade to Windows 10 version 1803, Windows automatically restarts and one of these two conditions might be experienced:

As is becoming increasingly common on the Answers forum, especially on posts by “Microsoft Agents,” comments to the post are shut off. No discussion possible. It’s not an answer, it’s a diktat.

Vlcek goes on to say:

Luckily, we have found a way to prevent the problem and are now automatically pushing a VPS update to all customers which makes sure that the problem doesn’t happen. The VPS number is 180524-08; all users running this version (or later) should be 100% safe.

(A VPS is a full update of Avast Behavior Shield.)

He then gives a complex 18-step procedure for manually getting your computer back if you got zapped by the bug. It’s not for the faint-hearted. And it’s not from Microsoft — Avast picked it up from The Computer Cellar.

Worth noting: There’s no mention of this bug, or its possible solution, in the second May cumulative update for Win10 version 1803, released two days ago, KB 4100403.

Vlcek ends with an interesting barb:

In the meantime, we continue to investigate this issue which appears to affect only a small subset of our customers. BTW at this stage, we know it’s not an Avast-specific issue as the problem affects other software as well.

Based on the evidence I’ve seen, and some of Avast’s comments, I’d be willing to speculate that we’re seeing another timing-dependent bug in the Win10 1803 installer. Why this bug took out so many copies of Avast — and what “other software” mentioned by Vlcek may be affected — remains a mystery. Of course, Microsoft isn’t saying anything.

Gcdrm on Reddit wraps up his coverage with this statement: