Backwards Compatibility On Xbox One Is One Of Microsoft’s Best Ideas, And It Keeps Getting Better

Posted on October 24, 2017 by recomcomputers 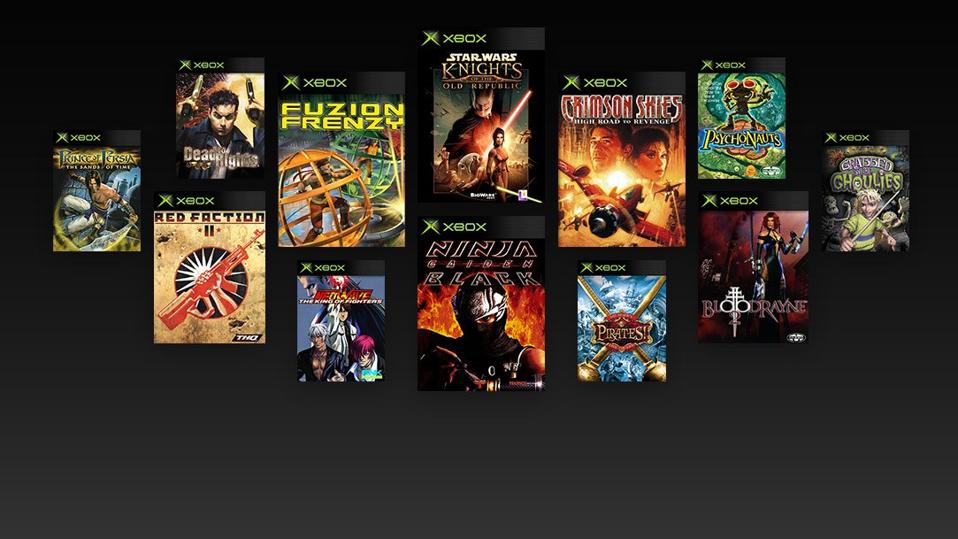 You’d have a hard time believing them if someone told you about it back in 2013. But here we are, four years into the lifespan of the Xbox One, and Microsoft’s console just got a bunch of new games. Well not new, per se — today is the day that the console gets backwards compatibility for the original Xbox, adding 13 games to a sizeable library of Xbox 360 games. The old Xbox games will come with a higher pixel count, ideally preventing us from ruining our childhood’s too quickly. Ninja Gaiden Black should be able to handle that on its own anyhow.

It’s a bold continuation of one of Microsoft’s best ideas for the Xbox platform, announced like a surprise bombshell at E3 a few years ago and slowly built into a wide library of titles excellent, mediocre and pretty much everything else: it’s a broad-based effort to turn the Xbox 360, Xbox One and now original Xbox libraries into a cross-generational Xbox library that knows no technological bounds. And like Microsoft’s recent efforts to expand crossplay between Xbox, PC and the Nintendo Switch, it feels like one of those straightforward gamer-friendly business decisions that the company didn’t have a great reputation for around the launch of the Xbox One.

But what’s really interesting and instructive about Microsoft’s backwards compatibility program is how the company has gone about selling it. Nostalgia is, of course, big these days: witness the success of Nintendo’s mini SNES and NES Classic Editions. But Microsoft isn’t just capitalizing on nostalgia here. The messaging surrounding these games doesn’t really even try to evoke it, unlike Nintendo’s neon-drenched advertisements for the Classic line. By and large, Microsoft’s message seems to be much simpler: these are your games, these are good games, and now you can play these games on the Xbox One. It makes sense from the company that also owns Windows, where games have been backwards compatible for decades. People don’t necessarily accuse those playing the original StarCraft as being blinded by nostalgia, they acknowledge that people sometimes just want to play games that may have been released a while ago.

Microsoft is slowly building a platform that feels wholly distinct from — and in some way superior to — Sony’s PS4. On the surface, the two machines are nearly the same: they play mostly the same games at nearly the same graphical specifications, and they both have more powerful counterparts designed to handle 4K. But a combination of backwards compatibility and an increasingly robust crossplay concept are really distinguishing the Xbox brand now in some smart ways. It’s unlikely to effect the PS4’s dominance in the short term, but it could slowly change the conversation surrounding video game consoles from something Sony is comfortable with to something that Microsoft is comfortable with, and that could have big implications for how things evolve three or four years from now.